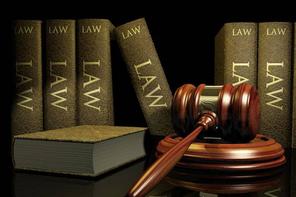 Indian tribes increasingly disenroll, or attempt to disenroll, members who have been accepted as Indians.

The latest news:  New York TImes article on the "Nooksack 306".

Employment Contract Did Not Waive Tribe's Sovereign Immunity From Suit:

Erin Fletcher filed for arbitration of an employment dispute with a business entity of the Navajo Nation.  One claim was that the business entity waived sovereign immunity by participating in the United States Small Business Administration's 8(a) Business Development Program.  This claim failed based upon timing issues.  Another claim was that the Nation waived sovereign immunity by virtue of an arbitration provision in a signed employment contract.  There was confusion about which of two Navajo Nation businesses was party to the contract and despite.  The matter is still pending before the United States District Court, District of New Mexico.  The Application for Preliminary Injunction, filed on January 17, 2017 by Nova, and another company to the action, argued that the contract did not contain a waiver.  "In order for the Employment Agreement to constitute a valid waiver of sovereign immunity, there would need to be a resolution of NOVA's Board of Director's (sic) that: (1) authorized the waiver; (2) identified Fletcher as a person for whose benefit waiver was granted; (3) specified the agreement or transaction and claims or classes of claims for which the waiver was granted; (4) identified the property of NOVA subject to execution in the event of a judgment; and (5) identified the court or courts in which suit could be brought."  "The Employment Agreement's arbitration provision thus cannot constitute a waiver of NOVA's sovereign immunity." ( Application, pages 12-13).  For a copy of the Application for Preliminary Injunction or other filings in the case, contact Greg Arnold.